Looking for a career in engineering?  Read on to find out more about our air conditioning apprenticeships.

Here at Gelidus we recognise the importance of bringing bright young individuals into the industry to be trained through our air conditioning apprenticeship programme to become some of the most capable air conditioning technicians in the UK today.

To this end we have been awarded a Certificate of Recognition by Eastleigh College for our on-going commitment to Apprenticeship training, with our past apprentices having reached finalist positions in the RAC’s ‘Student of the Year’ and the ACR’s ‘Trainee of the Year’ awards.

The company continues to seek new candidates for our Apprenticeship programme, so if you’re looking for a varied and interesting career in engineering, why not read through the sections below to find out more about becoming an air conditioning technician?

What is air conditioning?

What does an air conditioning technician do?

There are 2 distinct categories of work an air conditioning technician will undertake – the installation of air conditioning systems, and the service and maintenance of these systems once installed.

The work is typically a mix of mechanical and electrical work, based around the science of refrigeration.

Our apprentices will gain experience in both work categories as they progress through their training programme, and often find themselves favouring one category or the other as they become qualified.

Where does an air conditioning technician work?

Many different businesses and organisations rely on air conditioning, so air conditioning technicians are mobile in the respect that they travel to the customer’s premises to undertake the work.

What skills do I need to become an air conditioning technician?

To become an air conditioning technician you’ll need to have a good practical aptitude, enjoy problem-solving and working with your hands.

You’ll also need to be fit and healthy, as the work can be quite physical at times.

What does the training pathway look like for an apprentice air conditioning technician?

On starting your journey with the company you will shadow one of our experienced technicians, where you’ll learn how to work safely and keep yourself organised. You’ll learn how to use tools correctly and to look after them.

At the beginning of the academic year you’ll start a 2-year college course, with a view to gaining an NVQ Level 2 qualification in air conditioning and refrigeration.  Through the duration of this course you’ll attend college 1 day a week, and will receive on-the-job training for the remaining 4 days.

On the successful completion of your NVQ Level 2 course you’ll be re-graded as a Junior Technician and will be able to undertake certain jobs on your own.  At the beginning of the next academic year you’ll start a further 1-year college course to gain your NVQ Level 3 qualification in air conditioning and refrigeration, following which you’ll complete the remaining months to the 4-year anniversary of your start date when you’ll then be regarded as fully qualified air conditioning technician.

In conjunction with your college training you will undertake various short courses to learn how to work safely and become technically conversant with the equipment you’ll be working on.

What GSCE grades to I need to become an apprentice air conditioning technician?

You’ll need to have achieved a GSCE grade 5 (C) or above in English, Maths and a science to become an apprentice here at Gelidus, as these are the minimum grade requirements for access onto your NVQ Level 2 course at Eastleigh College.

Gelidus are based in Chiltern Enterprise Centre in Theale, Berkshire.

Why a career in air conditioning?

With a career in air conditioning involving both mechanical and electrical work, it provides a breadth of useful skill and knowledge across a wide range of technical trades.  The diverse nature of the sites you’ll be visiting keeps the work interesting, and with many employers having not committed to Apprenticeship training over recent years, a shortage of qualified technicians in the industry helps to keep the rates of pay high.

There’s always an opportunity for overtime where jobs have to be undertaken on an evening or weekend, which allows you to tailor your earnings to meet your personal needs.

Once qualified and having gained some good experience in the industry, you’ll have the option to either remain undertaking a wide range work for variety, or to specialise in a certain activity (such as trouble-shooting, installing, commissioning, control work etc), to excel in a specific area.

Jack joined us at 19 having previously had some experience in domestic plumbing.

He entered our Apprenticeship training pathway and attended Eastleigh College on a day-release basis from 2015 to 2017 where he gained his NVQ Level 2.

During this time Jack also obtained his F-Gas Category 1 qualification (licensing him to work with refrigeration gases) and his ‘Pipework and brazing’ module to give him the skills needed to install refrigeration pipework.

Jack’s strong engineering acumen was recognised by his tutors at Eastleigh who invited him to represent the college in the 2017 SkillFRIDGE competition, where after a series of inter-college and regional heats, he went on to win the National final at the WorldSkills show in Birmingham.

Jack was subsequently nominated for ACR’s Trainee of the Year and RAC’s Student of the Year awards where he was a finalist in both.

Jack continued his day-release training at Eastleigh College from September 2018 though to the summer of 2019 where he gained his NVQ Level 3 Diploma to complete his Apprenticeship.

By 22, Jack had earned the grading of ‘Technician’ and has since bolstered his skills with further technical training and site-based experience.  Now 25, Jack’s next re-grading (due Aug 2022) is to that of a Senior Technician. 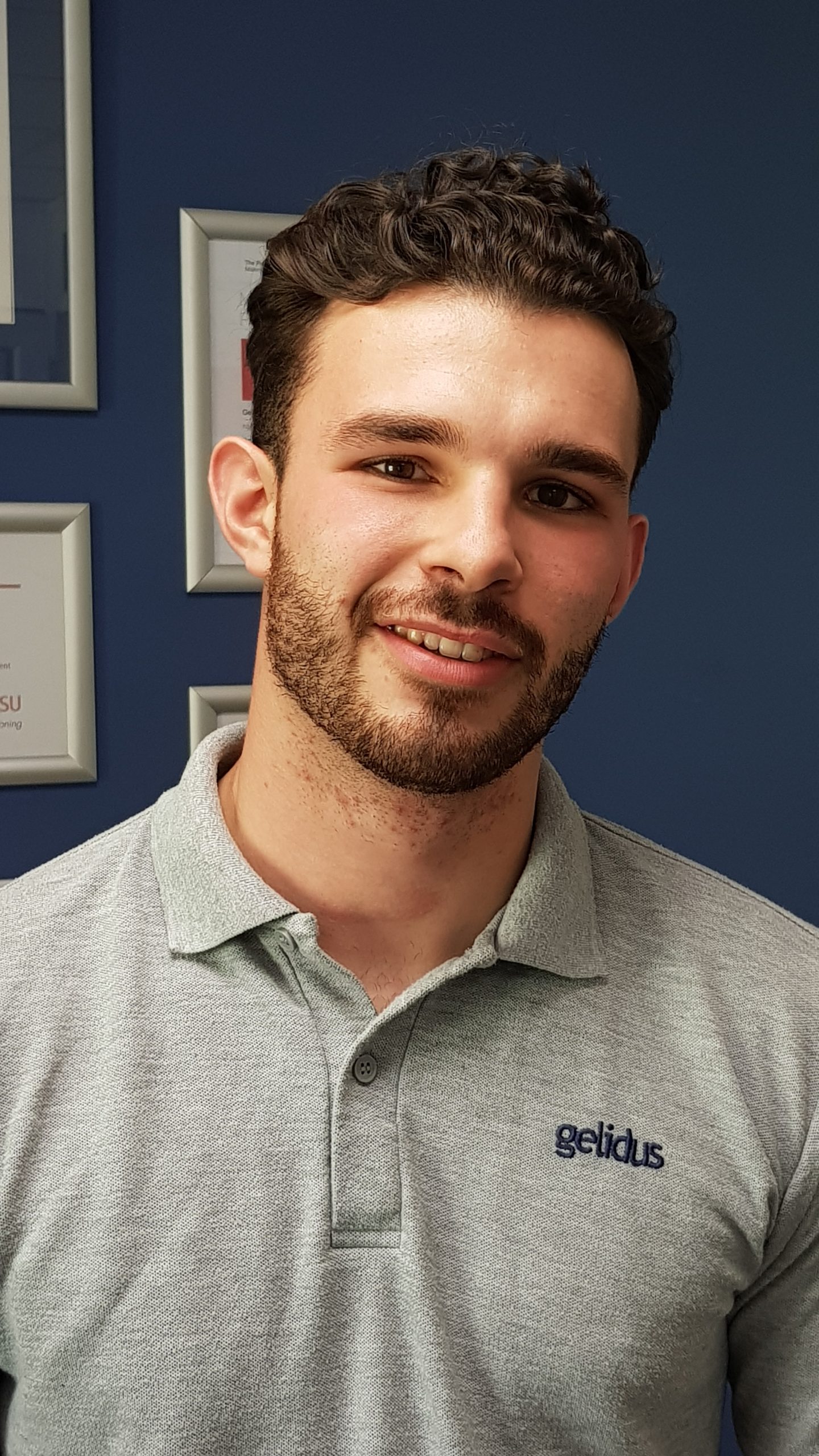 If you think you have what it takes to be an air conditioning Apprentice, why not get in touch?

To apply for an air conditioning Apprenticeship here at Gelidus, please email us at jobs@gelidus.com.

Please provide a CV with your application.  We understand that it may contain little regarding past employment, please be sure to tell us a bit about yourself, your achievements at school, subjects or activities you particularly enjoy and why you’re considering a career in air conditioning.

We look forward to hearing from you soon.

Gelidus Limited have an established reputation within the Thames Valley and beyond for trusted air conditioning service. From new installations to maintenance and repairs, rely on Gelidus to bring experience and value to your project.